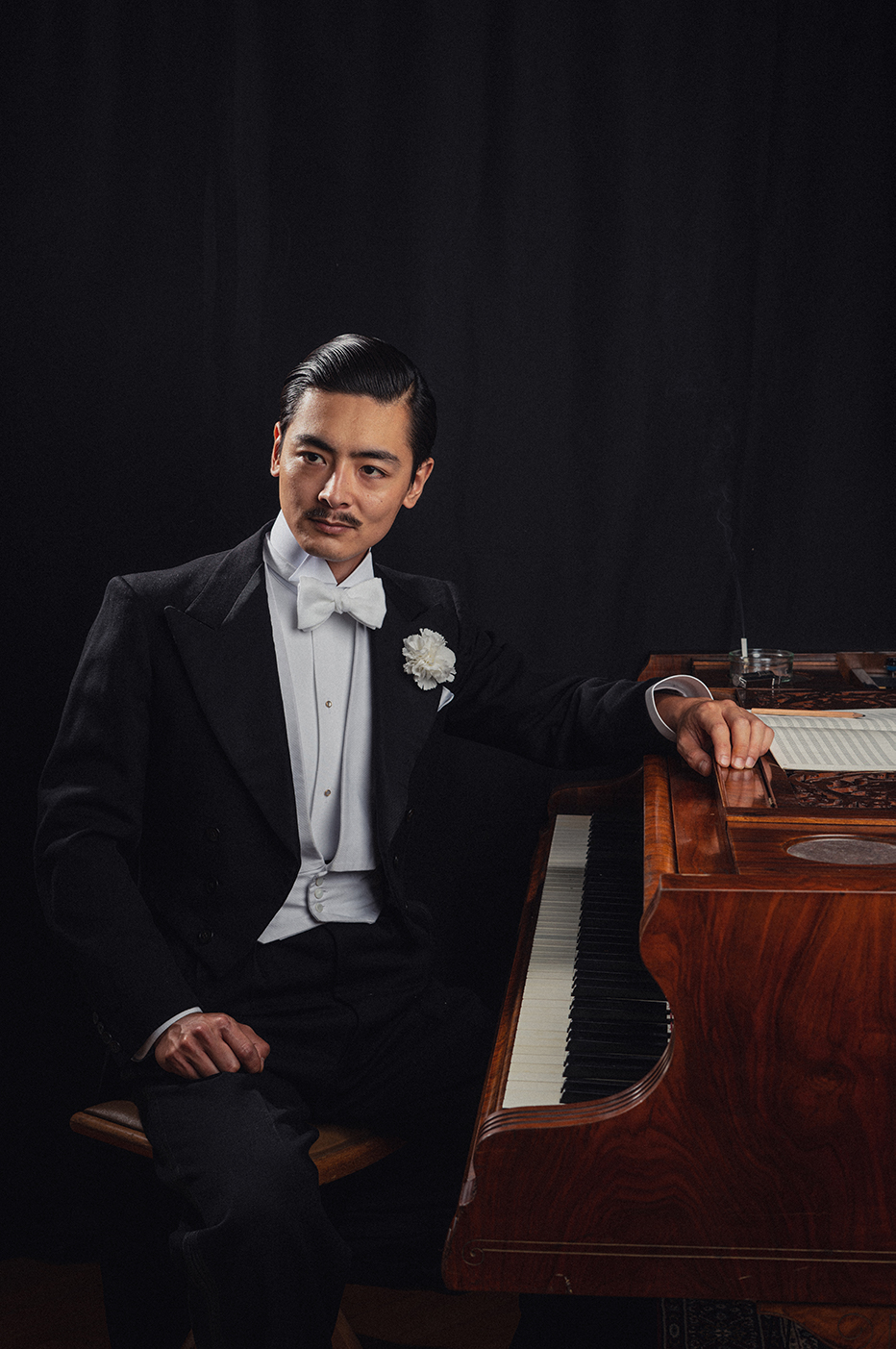 Born into a musical family in Tokyo, Japan. Nobuo Watanabe took his first piano lessons at the age of six. After submerging himself in classical music for ten years, he began exploring the world of Jazz by listening to the recordings of the early masters such as Paul Whiteman, Duke Ellington and Bix Beiderbecke. Later interested in Bebop, he learnt improvisation by attending masterclasses of the bebop legend Barry Harris. He has performed at numerous jazz clubs and festivals in Japan since 2010.

In 2014, he moved to Graz to study jazz piano performance at the University of Music and Performing Arts Graz with Prof. Olaf Polziehn. He received his Bachelor’s degree with distinction in 2019 and is currently enrolled in a Master’s programme in jazz composition and arrangement with Prof. Ed Partyka.

He leads a 10-piece Prohibition Orchestra, dedicated to performing the music of the 1920s, as an arranger and pianist. In addition to his projects ranging from a duo, trio to the orchestra, he performs as a sideman with Prohibition Stompers and other traditional jazz and swing bands.

As a skilled arranger, Nobuo has scored for various ensembles and projects such as Jugend Jazzorchester Steiermark, a youth big band in Graz, a Viennese ensemble philharmonix, and for a styriarte 2017 festival production Ginger & Fred.SOAP.

As a composer, he has recently been chosen as a finalist of Jazz Comp Graz 2020, a triannual competition for contemporary jazz composition.

This website uses cookies to improve your experience while you navigate through the website. Out of these cookies, the cookies that are categorized as necessary are stored on your browser as they are essential for the working of basic functionalities of the website. We also use third-party cookies that help us analyze and understand how you use this website. These cookies will be stored in your browser only with your consent. You also have the option to opt-out of these cookies. But opting out of some of these cookies may have an effect on your browsing experience.
Necessary Always Enabled
Necessary cookies are absolutely essential for the website to function properly. This category only includes cookies that ensures basic functionalities and security features of the website. These cookies do not store any personal information.
Non-necessary
Any cookies that may not be particularly necessary for the website to function and is used specifically to collect user personal data via analytics, ads, other embedded contents are termed as non-necessary cookies. It is mandatory to procure user consent prior to running these cookies on your website.
SAVE & ACCEPT